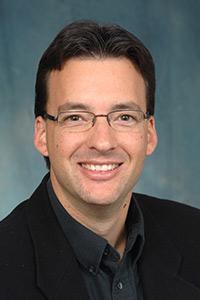 Ryan Frane is the Director of Jazz Studies at the University of Minnesota Duluth, where he oversees the jazz studies major and jazz studies program, teaches Jazz Ensemble I, Jazz Combo I, Jazz Theory, Jazz Pedagogy, Jazz Piano and other courses.

Ryan also coordinates the annual Head of the Lakes Jazz Festival at UMD, drawing internationally known artists and high schools from throughout the state. Under his direction the UMD Jazz Ensemble I has performed in Italy, Switzerland and Holland at the Montreux and North Sea Jazz Festivals, as well as performing at the MMEA and WMEA annual conferences, UNC/Greeley Jazz Festival and throughout the region.

As a pianist, Ryan has performed throughout the country as well as in Switzerland, Germany, Russia, Holland and France. Ryan has performed with the Green Bay Packers band and was a member of the Denver Nuggets house band. He has performed locally with the Big Time Jazz Orchestra, Duluth Superior Symphony Orchestra, Arrowhead Chorale, Lake Superior Youth Chorus and many others including his own small groups. Ryan's most recent trio recording entitled "People We Know" features all original compositions with the exception of one standard. Also, Ryan has backed or performed with many musicians including The Mills Brothers, Jimmy Dorsey Orchestra, Bobby Vinton, Steve Lippia, Tom Harrell, Wes Anderson, Rex Richardson, Ingrid Jensen, Jim Snidero and many others. Ryan has been an active clinician and performer at several colleges across the country including the University of Northern Colorado, University of South Dakota, University of Wisconsin Green Bay, Tiffin University, Lawrence Conservatory, University of Wisconsin Stevens Point, University of Wisconsin Eau Claire and the University of Southern Colorado. Ryan has conducted numerous honor bands in Minnesota and Wisconsin and has been a section coach for the MMEA All State Jazz Ensemble.

Internationally, Ryan has performed master classes at the Conservatoire à Rayonnement Régional de Boulogne-Billancourt (Paris, France), Conservatoire National de Région Lyon (Lyon, France) and Petrosovadsk State Conservatory (Karelia, Russia). Under Ryan's direction, graduates of the UMD jazz studies program have gone on to become collegiate level teachers, performers and graduate students at some of the nation's strongest jazz schools while also becoming great contributors to society. Ryan holds a Bachelor of Arts in Music from the University of Wisconsin Green Bay and a Masters of Music in theory and composition from the University of Northern Colorado.