The Alworth Institute occasionally hosts or co-sponsors events and programs that do not fit into its other categories of programs.

Internships and Careers with the US State Department

Thomas Hanson, retired foreign service officer with the US State Department and the Alworth Institute Diplomat in Residence, will talk about the opportunities for internships and careers with the State Department. He will discuss the application processes and provide suggestions regarding how to enhance your education so that you may succeed in being selected for an internship or for a position in the foreign service. He can also share information about other international-centered and US government internships.

For information about Thomas Hanson go to the International Lecture page on this website.

Register for the Zoom Webinar at z.umn.edu/TheNorth-Spring2021

Conceptualizing the North: Three Presentations from Norway, Canada, and the United States 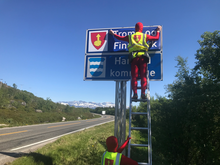 It matters what worlds world worlds

Based on “Conceptualizing the North,” appearing in NordLit: https://septentrio.uit.no/index.php/nordlit/article/view/5703 -  Enquiring into and simultaneously challenging our perceptions of and relations with the north is at the heart of the special issue of Nordlit that we have edited, titled "Conceptualizing the North". The issue seeks to unite, rather than divide, scholarly and artistic approaches that simultaneously conceptualize and analyze the north. Thus, beyond any notion of either/or, the volume seeks to unfold a spectrum of possible understandings of the north by looking at, reading through, hearing, experiencing, and sensing the north. Even if it were possible to define the north geographically, to delineate the north has never been our intention. While the contributions gathered in Conceptualizing the North relate to specific geographies or discursive definitions of the north, our objective as editors has been to keep the north open-ended, since we understand the north as something that is always becoming through the ongoing and overlapping performative relationships of humans and non-humans, physical matter, and the imaginary.

Based on ““The Sámi Art Museum: There Is No – Or Is There?,” appearing in NordLit: https://septentrio.uit.no/index.php/nordlit/article/view/5450/5239  - This presentation aims to answer two questions. The first is: What is a Sámi art museum? The second question considers whether ‘There is no’ Sámi art museum', as assumed by the Nordnorsk kunstmuseum as the title of a museum performance in 2017. To answer the first question, it is necessary to tell a long story of the Sámi cultural-historical museum in Karasjok, Samiid Vuorká-Dávvirat. This museum was inaugurated 1972 as an act of resistance against the increasing assimilation politics towards the Sámi population in the post-war period. The building that was erected became a cultural and political centre, and a living cultural institution that housed the increasing Sámi ethno-political movement and its energy. Furthermore, as the author argues, the activity that took place at the site, became a part of Sámi cultural heritage. To answer the question of whether there is no Sámi art museum, a critical reading of the Nordnorsk kunstmuseum’s 2017 museum performance There Is No is necessary. The speaker believes that NNKM, unfortunately, fell into several traps in their attempt to focus on the fact that there is no physical building. One such trap, that is very common in Western museums displaying indigenous art, is their use of traditional art-historical models as interpretive lenses. 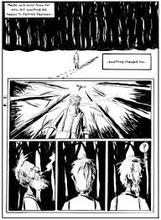 In his award-winning comics and graphic novels (including Justice League United: Canada), Jeff Lemire highlights a vision of the Canadian ‘north’ as meeting space.  We’ll look at Lemire’s indigenous Canadian super heroine from Moose Factory and his hockey players from Essex County as examples of people trying hard to bring reconciliation and change to the Canadian North as a place where people from different cultures meet.

Lilli Mittner is trained as a musicologist and practices as a classical violinist. Currently she holds a postdoc position in feminist art intervention at the University of Tromsø The Arctic University of Norway. Lilli is broadly interested in equality issues in art making processes and how people create new spaces of possibilities through alternative perceptions of conventional social practices. In her project she addresses methodological challenges in artists’ practices of working with people living with dementia by diffracting the theoretical basis of art interventions with feminist theory and relational aesthetics. Her research is situated in a broader context of arts-based research and the humanities. Lilli’s scientific background touches upon the fields of history, sociology, pedagogy, ethnology, and psychology of music as well as media and communication studies.

Kate Maxwell is Professor of Music History at the Academy of Music, UiT The Arctic University of Norway. She is leader of the research group MAGIC (Multimodality, Art, and Gender in Interdisciplinary Communication) at UiT that was the forum in which Conceptualizing the North came about, and has published on medieval music, popular music, French literature, multimodality, book history, gender, media, communication, literary criticism, and distributed cognition. Her current research project is entitled Music and the Pornographic Spectrum, and explores the interaction of music and the erotic in everyday life through case studies of medieval manuscripts, opera, children’s music, popular music, and internet pornography. She teaches undergraduate modules in music history, graduate modules in artistic research and writing skills, as well as supervising several master’s and PhD projects. She is also a clarinetist and composer.

Hanne Hammer Stien is Associate Professor in Art History at Academy of Arts and Vice-Director of The Arctic University Museum of Norway and Academy of Fine Arts. Her research interests are museology, the history and theory of photography, contemporary art, and Sámi art. Stien's most recent publication is Kunst som deling. Delingens kunst (Fagbokforlaget 2020), co-authored with Merete Jonvik, Eivind Røssaak, and Arnhild Sunnanå. Stien has also curated a number of exhibitions and art projects in public spaces, and she has worked as an art critic. She is a member the artistic advisory board of the Lofoten International Art Festival (LIAF), chair of the board of Kunstkritikk, a member of the board of research and development at the Arts Council Norway, and a member of the research group Worlding Northern Art (WONA). Stien is also part of the research project Urban Transformation in a Warming Arctic (URBTRANS), led by Tone Huse.

Hanna Horsberg Hansen is a Norwegian art historian. She is head of the Art department at Academy of Fine Arts, where she teaches art history and theory.  She is a pioneering scholar within the field of Sámi art. The last twenty years she has published stories about Sámi art from heterogeneous perspectives rather than an art history, as she recognizes that art history as a Eurocentric, linear history of evolution tends to marginalize and rather castigate all art that do not fit in to the evolution as primitive. Her publications comprise stories about contemporary as well as historic art, institution building and the connections between Sámi art and politics

John Moffatt is Associate Professor at the Ron and Jane Graham School of Professional Development, College of Engineering, University of Saskatchewan, where he teaches courses in rhetorical communication. His research centres on rhetorics of Canadian identity, with a focus on the construction of credible and ethical witness in how discourses relating to issues like Northern Development, Diversity, and Indigenization are framed for ‘mainstream’ audiences.

David Beard is Professor of Rhetoric at the University of Minnesota Duluth.  With John Moffatt, he presented at the Alworth Institute two years ago, on Jeff Lemire’s “The Secret Path” (a comic book about the Canadian boarding schools and their traumatic impact on first nations).

Patel is the author of Migritude, a book based on her 90-minute spoken-word theatre show of the same name. The title is a word coined by Patel that is derived from the words "migrant," "attitude" and "negritude," It refers to a generation of migrants that are speaking out about imperialism, migration, globalization, colonialism, women issues and those of the African and South Asian diasporas. Migritude is taught in over 100 colleges and universities worldwide.

Patel’s poems have been translated into 17 languages and has been featured in the Smithsonian. The Nobel Women’s Initiative honored her with a Global Feminist Spotlight. She is currently a Research Associate at Five College Women’s Studies Research Center.

Co-sponsored by the UMD Women, Gender & Sexuality Studies program; the Department of Anthropology, Sociology and Criminology; the English program; and the Writing Studies program.