In addition to the Royal D. Alworth, Jr. Memorial Lecture, forums and conferences, the Institute provides a series of international lectures by local, national and international authorities on subjects of timely interest. The Alworth Institute draws not only upon the rich store of local academics with expertise in a variety of areas, but also visiting international faculty.

The Struggle for Democracy in Iran 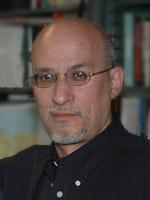 The current anti-government protests in Iran began in September 2022 following the death of 22-year-old Mahsa Amini while in the custody of Iran’s morality police. The protests have transformed into the "Women, Life, Freedom" movement and show little signs of dissipating despite the government's arrest and prosecution of thousands of people and the execution of many of these protesters. The movement has become more than a call for women's rights but also the demand for the end of a regime. Dr. Dokhanchi analyzes the character of this movement (the largest since the Green Movement/Persian Spring in 2009), its issues with the regime, and the potential for democratic change in Iran.

Khalil Dokhanchi holds a PhD in Comparative Policy Analysis with a focus on Middle Eastern politics from Binghamton University in New York. He has been faculty at the University of Wisconsin Superior for the past thirty years. His teaching and research has focused on the international relations, international humanitarian law, peace and reconciliation in areas of conflict, and issues of refugee populations around the world. He has led study abroad programs in Bosnia and Herzogovina and Northern Ireland. Each year his students, in collaboration with the Northland Chapter of the American Red Cross, hold an interactive exhibit, Refugee for 50 Minutes: From Afghanistan to Germany.

Check back for more international lectures focusing on the impact of the war in Ukraine as well as other topics.