Office Hours
TuTh: 1-2 pm with prior arrangement from Dr Staats (required) or by appointment 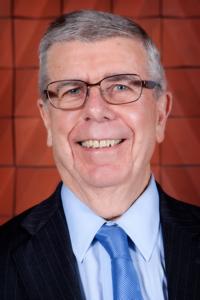 Joseph L. Staats, associate professor, has a law degree from the University of the Pacific, McGeorge School of Law, and a Ph.D. from the University of California, Riverside. He practiced law as a trial attorney in Sacramento, California before obtaining his Ph.D. and embarking on an academic career. He teaches public law/judicial politics and comparative politics courses as well as research methods and analysis. He specializes in research related to judicial performance and rule of law in developing countries, most especially Latin America. He was recently an expert witness on court performance in developing countries in Chevron Corp. v. Salazar et al., a $17 billion case filed in Ecuador and pending in the U.S. District Court, Southern District of New York. He has been a consultant on judicial performance to the supreme judicial courts of Uruguay and Ecuador and the United Nations Development Program. He has many articles in scholarly journals to his credit and has a co-authored book published by the University of Michigan Press in 2012.