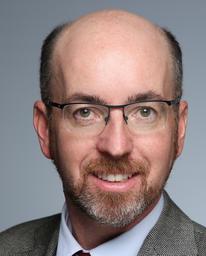 Having received his PhD from the University of California, Irvine, in 1999, John D. Schwetman has been teaching at the University of Minnesota Duluth ever since. With a focus primarily on literature from the past one hundred years, he has written articles on literary works by John Steinbeck and Ernest Hemingway. His tastes are wide-ranging and include research into popular culture alongside more traditional canonical texts, so he has written on works as disparate as a graphic novel by Chris Ware, a post-colonial work by Nigerian novelist Chris Abani, and Harry Beck’s map of the London Underground. He is currently working on a book titled Far from Home, which examines the road novel as an influential form of twentieth-century American literature.

“The Superhero and the Prospective Geography: Tropes of the Cityscape in Chris Ware’s Jimmy Corrigan, The Smartest Kid on Earth.” IJOCA (The International Review of Comic Arts) vol. 13, no. 2, Fall 2011, pp. 642-658.

"'Like a Thirst for Salt, for My Childhood River': Situating the San Francisco Bay Area in Robert Hass's Praise Poems." The River Is a Strong Brown God: Selected Papers from an Interdisciplinary Conference. Sunray, 2008, pp. 181-192.