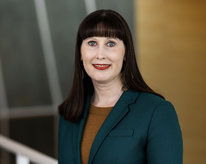 Growing up on the White Earth reservation, I was all too familiar with the divisions that the use of blood quantum as the sole requirement for tribal citizenship (1961) caused. After a political crisis during the 1990s, there was a growing concern about the vast numbers of Anishinaabeg being excluded under the blood quantum requirement; families were literally divided with some possessing the blood quantum required for citizenship and others lacking it. I felt compelled to research the history of tribal citizenship and blood quantum. My research is premised on my commitment to bridging scholarly efforts with the practical needs of American Indian peoples, communities, and nations. My research draws upon both historical documents and literature to delineate Anishinaabe conceptions of identity in the 20th and 21st centuries. I am especially interested in the ways in which Anishinaabeg resisted pseudo-scientific measures of blood (race/blood quantum) as a means to define identity. One of my newer areas of research dovetails with community service and focuses on the process of constitutional reform. I worked with the White Earth Nation from 2007 to 2015 on constitutional reform efforts. I found working with the White Earth Nation to be rewarding and it has solidified my commitment to partnerships between scholars and Native nations.

From 2016 to 2019, I co-coordinated and participated in a Minnesota Chippewa Tribe wide grassroots community education and empowerment project designed to empower people to be full participants in their tribal governments by providing informational educational materials in an engaging format to teach about Native nation rebuilding concepts, the Constitution of the Minnesota Chippewa Tribe, governance options, and the impacts governance has our lives every day. Please see zaagibagaang.com as well as our Facebook page for more information.

AMIN/TAG 4840: Current Issues and Opportunities in Tribal Administration and Governance

2021. Chapter. “Beyond the Borders of Blood: An Anishinaabe Tribalography of Identity” in Enduring Critical Poses: The Legacy and Life of Anishinaabe Literature and Letters edited by Gordon Henry Jr. Margaret Noodin, and David Stirrup, (Albany: SUNY Press), pp. 195-226.

Article. "An Anishinaabe Tribalography: Investigating and Interweaving Conceptions of Identity During the 1910s on the White Earth Reservation" American Indian Quarterly, 33:3 (Summer 2009) pp. 295-324. Download the article.