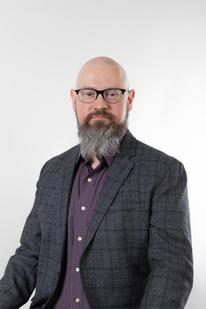 Double bassist Gordon Lewis teaches applied double bass was well as numerous courses in the jazz studies area at the University of Minnesota Duluth. Prior to moving to Duluth, Lewis served on the faculty of University of Wisconsin Oshkosh from 2018-2021. Lewis is a multi-faceted musician, who is especially adept at performing in both classical and jazz realms.

As a jazz bassist, Lewis has been a dynamic participant in the jazz scenes of several major cities, performing at top jazz clubs including the Green Mill in Chicago, Ryles Jazz Club in Boston, the Blue Room in Kansas City, and the Jazz Estate in Milwaukee. Lewis has recorded and performed with jazz guitarist Wayne Goins, and vocalist Patricia Thompson, among many others. In the summer of 2018, Lewis was invited to tour Northern Germany with the Blue Lake Faculty Jazz Quartet.

Active as an educator in a variety of contexts, Lewis has also served on the faculties of Kansas State University, Washburn University, and Kansas Wesleyan University. For twelve summers Lewis was on the faculty at Blue Lake Fine Arts Camp. Lewis has served as a clinician and teacher at L’École de Musique Dessaix-Baptiste in Jacmel, Haiti, Western Michigan University’s Summer Seminar, and at the Hastings College Jazz Festival.

Lewis has presented research on the Scandinavian jazz scene at the College Music Society International Conference in Stockholm, Sweden and Helsinki, Finland and has performed at International Double Reed Society conferences in Redlands, California and Tampa, Florida. Lewis has also written articles on the bass for The Instrumentalist magazine.