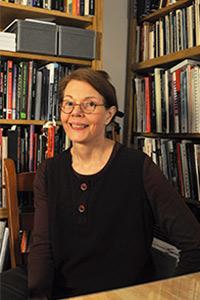 Gloria DeFilipps Brush was born in Chicago, where she earned the M.F.A. degree from the School of the Art Institute of Chicago. She and her artist husband Leif Brush live in Duluth, Minnesota with their Maine Coon cat.

Brush has received artist fellowships or grants from the National Endowment for the Arts, Arts Midwest, the Minnesota State Arts Board, Polaroid Corporation, and the Bush and McKnight Foundations. Her work has been published in Leonardo, Zoom International, American Photographer, Darkroom Photography, Lightworks, Angeles, Wired, Harper's, and Viewcamera magazines. Her photographs appear in Naomi Rosenblum's book A History of Women Photographers, Imagination/Innovation: 50 Years of Polaroid Photography, and Robert Hirsch’s Photographic Possibilities.

Brush's photographs have been included in exhibitions at the Los Angeles County Museum of Art, MAMU Gallery in Budapest, SIGGRAPH, D-Art at the University of London, the Brasília Art Museum, the Minneapolis Institute of Arts, the Sol Mednick Gallery at the University of the Arts in Philadelphia, the Visual Arts Museum at the School of Visual Arts, New York, the Photographic Resource Center at Boston University, the Print Club in Philadelphia, Clarence Kennedy Gallery in Cambridge, Massachusetts, Silver Image Gallery in Seattle, The Friends of Photography (now Ansel Adams Center) in San Francisco, the Contemporary Arts Center in New Orleans, and the Santa Barbara Museum of Art, among many others.

Her work most recently has appeared in exhibitions atLil Street Gallery in Chicago and PhotoPlace Gallery in Vermont. She received the First Place Award in 2016 from juror Stephen Perloff for work at the FotoFoto Gallery in Huntington, New York.