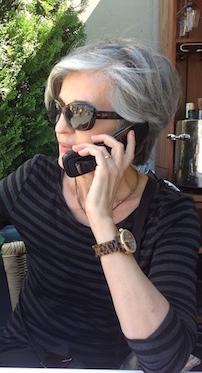 Rosemary Stanfield-Johnson (Ph.D., New York University (NYU), 1993) is Associate Professor of Religious History in the Department of History at University of Minnesota Duluth. Before coming to UMD in 2002, she was visiting assistant professor at at NYU, where she taught courses on Islam and the middle periods of Islamic history, and served as assistant in Persian language, beginning and intermediate levels. Prior to her year at NYU, she was visiting adjunct assistant professor at Hofstra University where she taught first-year Arabic and Arabic literature in translation.

Dr. Stanfield-Johnson’s research emphasis is late medieval and early modern Iranian history, Shi‘i political and popular culture, and popular sectarian literature. Her publications include a translation and articles in Iranian Studies, Deccan Studies, a festschrift in honor of Peter Chelkowski, emeritus professor of Persian at NYU. She is currently working on a book on the theology, the politics, and the practice of public ritual in 16th century Iran to be published by I.B. Tauris. Her most recent publication is “From One Thousand and One Nights to Safavid Iran: A Persian Tawaddud,” Der Islam, 94 (1) 2017: 158-191.

Dr.  Stanfield-Johnson’s research-travel and research grants have enabled her to travel widely in the Middle East, Iran and India.  These include grants from the American Research Center in Egypt, American Institute for Yemeni Studies,The School of Historical Studies at the Institute for Advanced Study in Princeton, N. J., a Senior Fulbright Research grant to  Hyderabad, India, Grants-in-Aid, special research, and Imagine grants from the University of Minnesota for research in Iran and India.  She has also traveled in Europe and Asia.

At UMD, Dr. Stanfield-Johnson teaches courses in the formative period of Islamic history, the middle periods, early modern, and modern Middle Eastern history. She will teach a course on the history of Iran starting in fall 2017. In her teaching she emphasizes a restoration of Iranian history and the role of scholars of the Iranian Plateau to the analysis of Middle Eastern (west Asian) history.