In Solidarity with Struggles for Justice in Mexico 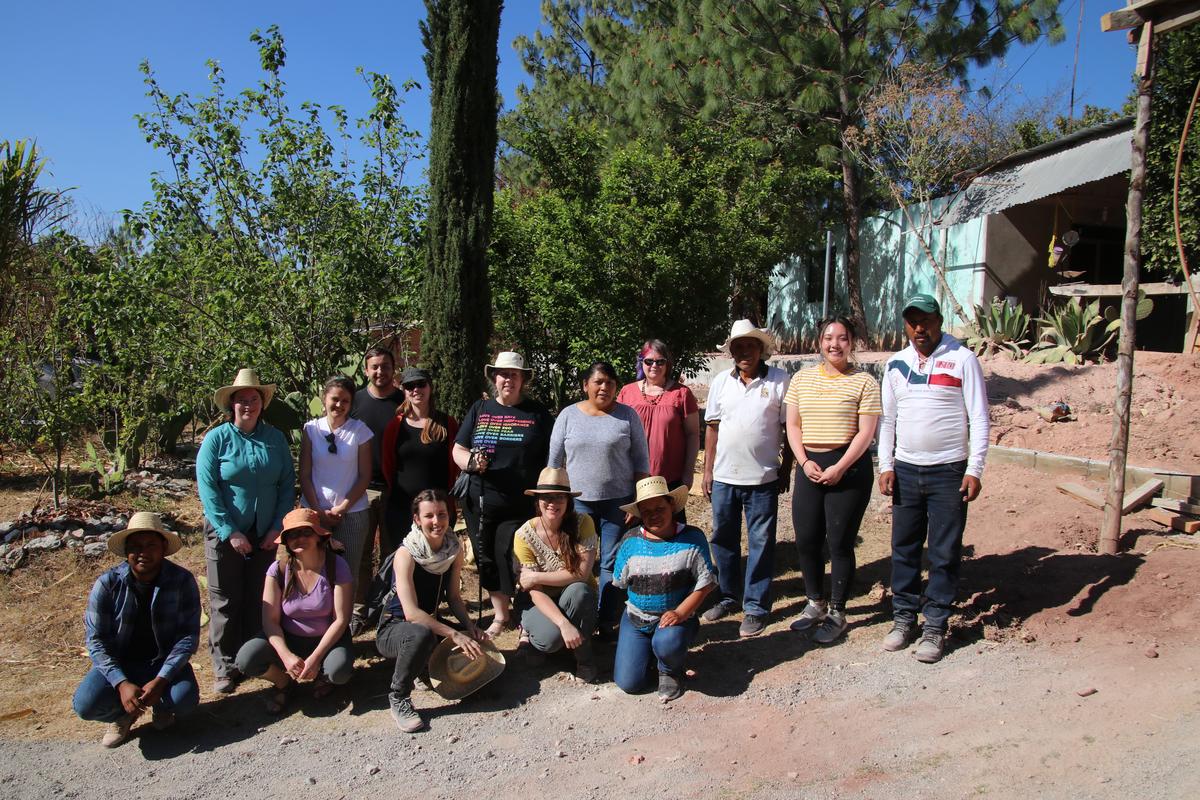 A WLC Spanish Professor and a CUE Student participated in a spring break delegation to Oaxaca, Mexico.

In March 2019, Assistant Professor of Spanish Carol Wallace and Cultural Entrepreneurship major Allyson Hilgeman traveled to Oaxaca, Mexico as part of a delegation of the Witness for Peace Solidarity Collective: Women Reclaiming Lives: Social, Economic and Environmental Justice in Oaxaca, Mexico. The delegation met with a variety of civic organizations working in this strongly indigenous southern state of Mexico in order to learn about the work they are doing to improve the lives of their families and communities. Dr. Wallace was the coordinator of the delegation and worked with WFPSC staff members in the U.S. and in Mexico to plan the delegation. She was inspired to organize this delegation after participating in a Witness for Peace delegation to Honduras in 2017. “There is so much we can learn from these groups about ways to organize and fight injustice,” says Dr. Wallace. “And we have a responsibility to understand the ways that U.S. policies impact their lives and often support unjust systems.”

Hilgeman decided to join the delegation after she learned about it while taking a beginning Spanish class with Professor Wallace. “The delegation trip to Oaxaca changed my life,” says Hilgeman, “and I mean that so genuinely. It’s not because of sympathy or pity. It is actually quite the opposite. My culture lacks the sense of selflessness, innovation, and most importantly passion. For as many resources that we have, we use them for ourselves, for greed. In Oaxaca, whatever resources they could locate, these were put to use for the benefit of the community.” “The purpose of a delegation like this is not charity or mission work—it is solidarity,” says Dr. Wallace. “As the Uruguayan critic Eduardo Galeano said, solidarity is ‘horizontal,’ not ‘vertical’. It is about finding ways in which we can support each other in our common struggle to make this world a better place.”

The delegation met with groups working to preserve and restore the environment through reforestation, resistance to mining projects, sustainable agriculture, and preservation of indigenous practices. They work to save ancestral seeds in an era when NAFTA has promoted an invasion of GMO corn. They emphasize the traditional milpa, a system of planting corn, beans and squash in a symbiotic relationship. “The Native peoples of North America refer to this as the ‘three sisters,’” notes Dr. Wallace. “The idea of milpa goes beyond simple planting practices to refer to a relationship of people to the land, to the community, and to Mother Earth.” “Hilgeman adds, “The concept of milpa was revolutionary to my life. I am on a journey to discover my milpa and when I find mine, I want to lead others to find theirs.”

Another visit was with Consorcio Oaxaca, an organization that promotes the rights of women, addressing issues such as violence against women and the need for reproductive rights. They train women activists and provide help for self-care through Casa Serena, a program that has expanded to Central America and Brazil. “The message that self-care is a political act is one I also heard from women activists in Honduras,” says Dr. Wallace. “If we don’t take care of ourselves, we won’t be able to take care of others.”

Pilar, one of the founders of Consorcio Oaxaca, speaks with the group

One of the most emotional parts of the delegation was a visit to a migrant center that shelters Central Americans fleeing violence and poverty in their home countries. “I will never forget the nineteen-year-old Honduran who shared his life story with me over lunch,” says Dr. Wallace. “He had dealt with so much in his young life but showed such a spirit of resilience and hope.” Hilgeman says, “Before you so eagerly label another person as ‘dangerous,’ ‘a threat,’ or ‘illegal’, I suggest you seek to hear out their stories. You’ll find out that many have no choice but to live, to survive, and will never experience a free life.”

The culmination of the experience was a two-night homestay with the women of the Nueva Vida weaving cooperative in Teotitlán del Valle. These women and their families support themselves by making and selling rugs and other woven products made with wool that they card, spin and dye themselves, using natural dyes. They also engage in a variety of projects aimed at improving the community where they live. Delegates stayed in various homes during those two days. “Each of us had a unique experience in Teotitlán,” says Dr. Wallace. “We got to know the women as individuals. I had the privilege of staying with Pastora, who founded the cooperative more than twenty years ago as a young woman in her early twenties. She is an amazing person who has dedicated her whole life to the women and projects of the cooperative.” For Hilgeman, the experience was eye opening in many ways. “I think we all misjudge our tolerances and our abilities. It’s easy to think about another practice of everyday life and decide we could never ‘live like that,’ however, I think it is important to put ourselves in those positions. We need to push our perspectives and beliefs and let them broaden. I think everybody will be surprised.”

Members of the delegation came from as far away as Brooklyn, NY and Berkeley, CA, although the majority of the delegates were from the Duluth region. KUMD Music Director Christine Dean was another member of the UMD community who participated in the delegation. Wallace and Hilgeman gave a presentation about their experience for a full room in Humanities 490 on Monday, April 29.

For more information about the Witness for Peace Solidarity Collective or to learn about upcoming delegations, go to www.solidaritycollective.org.

Pictured above: delegation with members of CEDICAM, Center for Integral Campesino Development of the Mixteca, a group which was awarded the Goldman Environmental Prize in 2008 for their reforestation work.