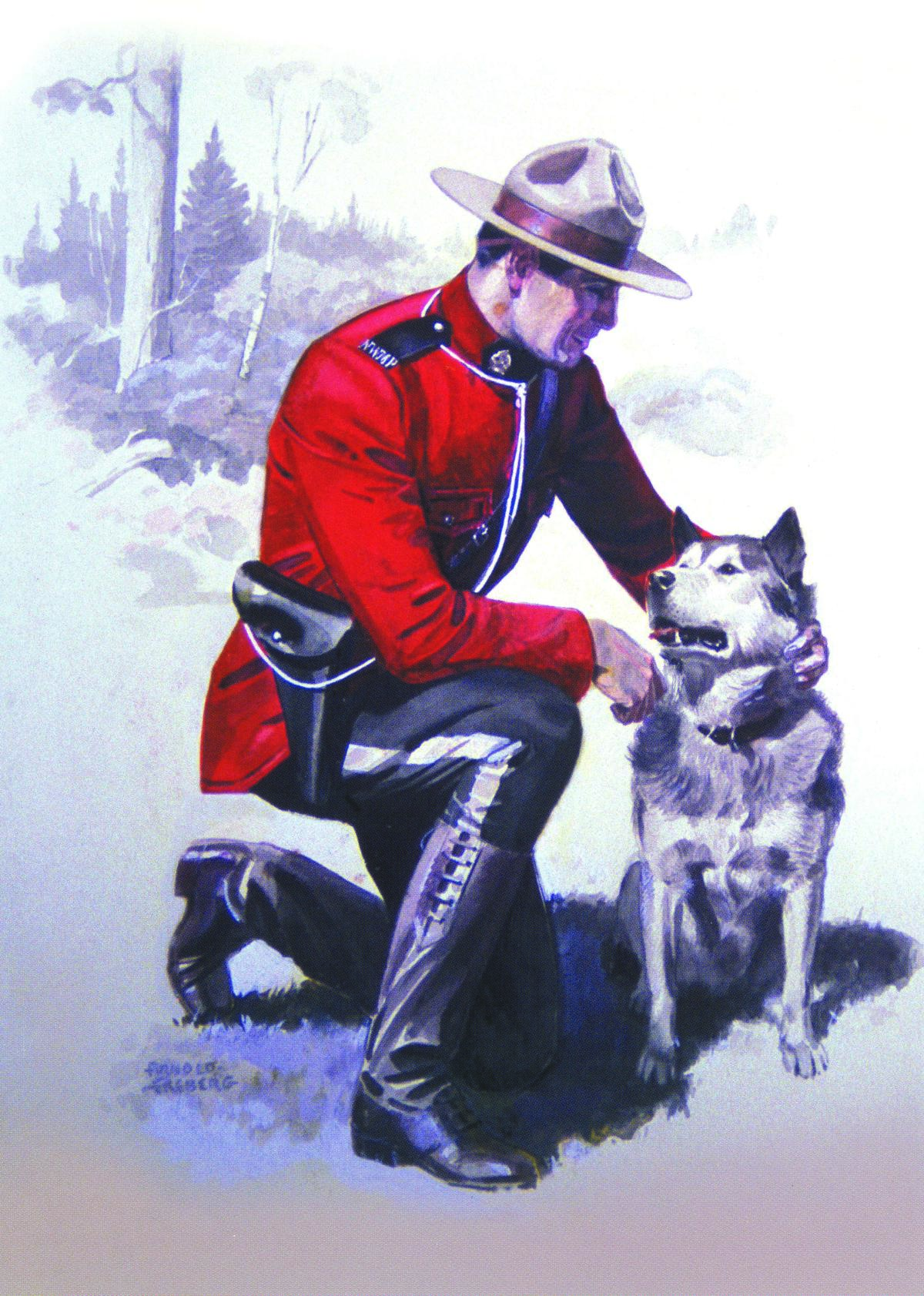 WHERE: Tweed Museum of Art, University of Minnesota Duluth

The Potlatch Corp./Northwest Paper Co. ran one of the most successful business-to business ad campaigns of the 1930s.  On the advice of Chicago promoter Frank. I. Cash, Potlatch, headquartered in Cloquet, Minnesota, began using the image and reputation of the famed Royal Canadian Mounted Police, to sell the company’s printing papers.  In 1981, the Potlatch Corporation donated 374 of its famed “Mountie” illustrations to the Tweed Museum of Art, where they are preserved and made available in exhibitions.

Karal Ann Marling’s book “Looking North” (Afton Historical Society Press) provides a lasting document of the Potlatch Collection, and is always available in the Tweed Museum Store, along with T-shirts, cards, and other merchandise.  Continuing a tradition started by The Northwest Paper Co. in the 1930s, the Tweed Museum of Art now produces an annual calendar featuring a large color reproduction of a different Mountie painting each year.  The 2011 calendar will be available at the Tweed Museum Store by July 1, 2010.

During its legendarily long run between 1931-1970, the Potlatch ad campaign employed sixteen different artists, all of whom were based in Chicago at one time or another.  The artists all used the figure of the red-coated RCMP officer and his horses, as he engaged with guides, trapper and First Nations Canadians, in the performance of his duties, both mundane and adventurous.  In these paintings, Mountie is always set against breathtakingly beautiful backdrops of western Canadian scenery – snow capped mountains, rushing rivers, dense boreal forests, and verdant farmlands.

The Great Depression was a challenging time for manufactures, but the fearless “Mountie” proved to be just the right symbol for Potlatch.  Its bright red coat showed off the paper’s printing qualities, and at the same time, the proven integrity of the RCMP implied that Potlatch was a company that could always be trusted.

In addition to the exhibition at the Tweed Museum of Art, the Cross River Heritage Center, Schroeder Area Historical Society will feature a selection of the Tweed Museum’s Potlatch RCMP Illustrations.  The exhibition in Schroeder begins May 29, 2010, and runs throughout the summer.     http://www.crossriverheritage.org/index.htm

This activity is made possible in part by a grant provided by Minnesota State Arts Board, through an appropriation by the Minnesota State Legislature and a grant from the National Endowment for the Arts.

Free and open to the public, the Tweed Museum of Art is located in Ordean Court on the campus of the University of Minnesota Duluth.
Museum hours are Tues. 9am-8pm, Wed.-Fri. 9am-4:30, Sat. and Sun. 1-5pm.