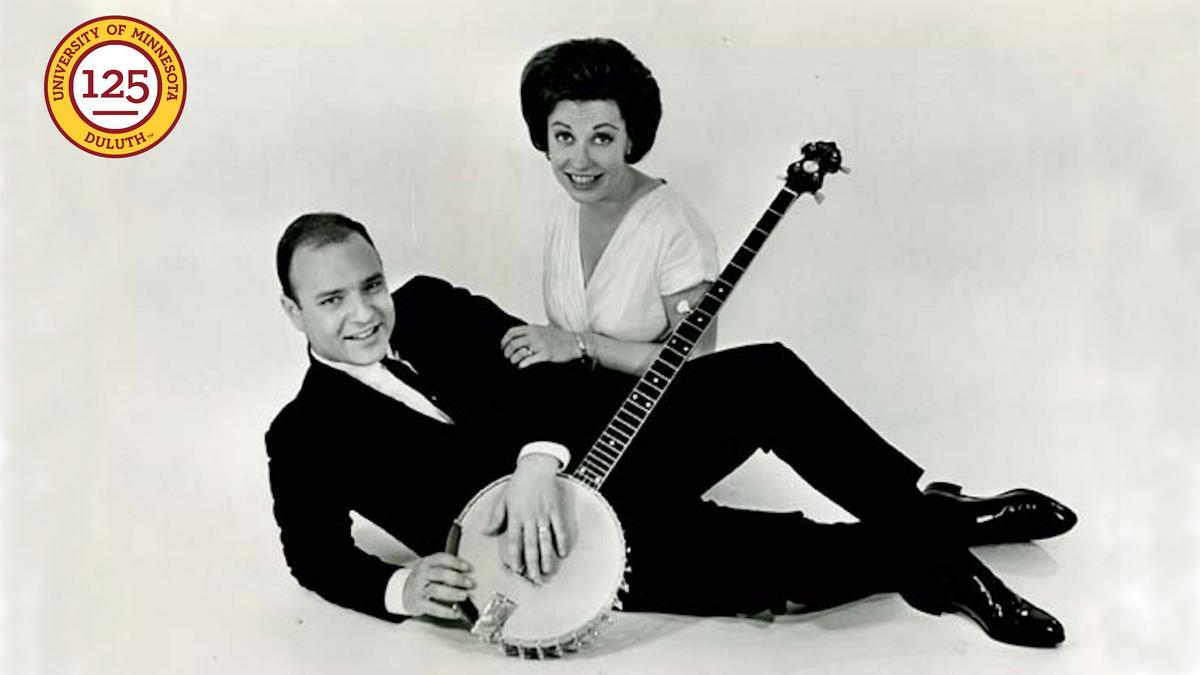 Two bright stars get their start at UMD.

It’s showtime. These were the words that Jerry “Lorenzo” Music and Myrna “Henrietta” Johnson Music heard constantly; the words that they fell in love to; and the words they would continue to hear for the rest of their successful careers. The couple’s story starts at UMD, where they were stars, both on and off the stage.

Act I: The Set-Up

Myrna and Jerry grew up performing. They were both active in theater throughout their early years and high school. Jerry “Lorenzo” was born as Gerald David Music in Brooklyn, New York in 1937. 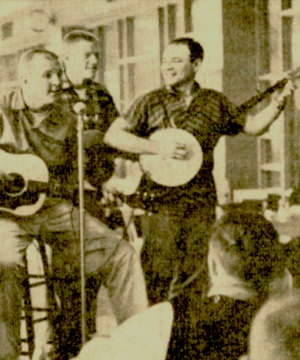 Jerry on his banjo at a "Hootenanny." He's with Stuart Johnson and Rusty Gilchrist in the UMD cafeteria.

When Jerry was eight years old, his family moved to Duluth, Minnesota, where he attended Central High School. While in high school, Jerry was a part of nine theatrical productions and was voted “wittiest student” by the class of 1955. He also worked at KDAL-TV holding cue cards for announcers. After graduation, he came to UMD as an undergraduate student, majoring in English and speech.

Henrietta Johnson Music, born as Myrna Johnson in 1939, was also raised in Duluth. Her first theater performance was as the Hunter in the second grade in a production of Snow White and the Seven Dwarves. She also attended Denfeld High School, however, it was not until 1958, when Myrna graduated from high school and came to UMD, that the paths of these two ambitious stars would collide.

While at UMD, Jerry and Myrna dove headfirst into their passion for theater. It was during rehearsals for the "smash-hit" musical comedy Guys and Dolls that the two first became an item. 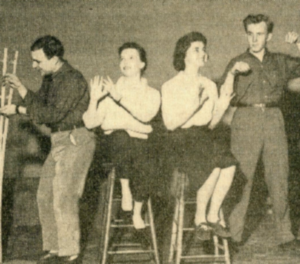 Jerry (on the left) and Myrna, (next to Jerry on a stool) rehearse with the cast of "Guys and Dolls."

A 1959 Statesman review of the performance says, “As the Hotbox chorus girl who had been engaged for 14 years, Myrna Johnson gave a brilliant performance as the female comic lead. She achieved a wonderful Bronx atmosphere in her voice, character, and movement. Jerry Music, as Nathan Detroit, broke the audience up with laughter with his perfect sense of comedy which more than made up for his lack of voice. Perfect coordination was found in his sense of timing.”

The dynamic duo captivated and entertained Duluth audiences by performing in both informal and staged productions, and Jerry took the limelight again in the role of Anthony in the fall 1959 production of Antony and Cleopatra.

Jerry thrived in the spotlight. He spent the majority of his time playing banjo and performing comedy. One could catch him in the act at the Duluth Owl’s Club and Eagle’s Club, as well as at UMD in the cafeteria, or for groups, such as the faculty wives’ tea. If people would watch, he would perform.

In 1959 Jerry left Duluth to pursue his career. In spring 1959, Jerry traveled the coffeehouse circuit in Los Angeles, Phoenix, Lake Tahoe, and Vancouver British Columbia. Myrna stayed at UMD, but she stayed busy. She performed as part of a trio, called the Coquettes, in the Homecoming Variety Show in October. 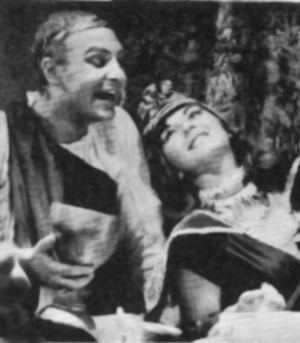 Jerry Music plays Antony with Lita Powell as Cleopatra in the UMD Spring, 1958 production of "Anthony and Cleopatra."

When Jerry returned to Duluth for his wedding to Myrna, he couldn't resist collaborating with fellow UMD performers. On the Thursday before the wedding, he and folk singers Hal Segal, William “Rusty” Gilchrist, and bongo player Stuart Johnson invited students to an afternoon “hootenanny” on campus. That evening Jerry presented a free “Evening with Music” performance in Kirby Ballroom. He and Myrna were married the following Saturday, November 5. Soon after, she joined him in his travels.

Immediately after the wedding, Jerry started a 14-week engagement at San Francisco’s “Purple Onion,” the college club that featured the Kingston Trio and Mort Sahl. That's when Jerry's act changed from "beatnik" to black tie.

The couple spent years traveling the country, giving performances at various nightclubs in the United States. Their act had the unique combination of folk music and comedy and they became known for their wit and Jerry’s banjo.

The move to fame did not stop the Musics from returning to their Duluth roots. They came back in October of 1961 to perform for UMD’s homecoming dance (the banner photo above is the publicity photo). 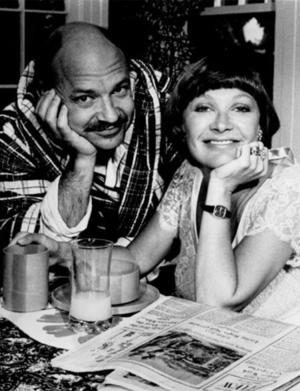 A publicity photo from the 1976 "Lorenzo and Henrietta Music Show."

After a 1964 tour of Japan with the USO, they returned to Duluth a 12-day engagement at the Duluth Flame nightclub.

His career garnered him accolades. In 1969, Lorenzo won an Emmy award for comedy writing on the Smothers Brothers Comedy Hour and in 1982 he landed the memorable role as the voice of Garfield on the TV series Here Comes Garfield. He won a second Emmy Award in 1984 for co-writing the Garfield special, Garfield on the Town. He ended up voicing the part of Garfield for over 115 episodes.

Henrietta and Lorenzo eventually settled down in Los Angeles, California, where they had four children. They lived in California for the remainder of Lorenzo’s life, but they never forgot their Duluth story. The couple would often return for family visits and class reunions, where they would light up the room with one of their acts.

One of Lorenzo's last visits to Duluth was in 1998. He returned for a final time to visit with UMD faculty and staff in the Kirby Rafters.

Lorenzo passed away at the age of 64 on August 4, 2001. He is survived by Henriette, his children, and his unforgettable career.

About the UMD College of Liberal Arts

About the UMD School of Fine Arts

The banner photo (above) and the "Lorenzo ad Henrietta Music Show" photo are publicity photos. The rest of the photos come from the UMD Statesman student newspaper and the UMD Chronicle yearbook.

This story was written by UMD student Izabel Johnson, who is majoring in journalism and minoring in communication. Izabel works with Cheryl Reitan in University Marketing and Public Relations.

Stories from the Past: The Rare and Remarkable