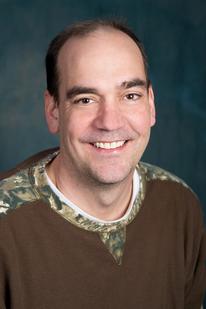 Jeff Maahs earned his B.A. in Psychology from the University of Wisconsin Eau Claire, his M.A. in Criminal Justice from Sam Houston State, and his Ph.D. in Criminal Justice from The University of Cincinnati.  His research focuses on areas within corrections and criminological theory.  His corrections research has examined drug courts, prison privatization, probation outcomes, and most recently public reaction to "Scared Straight" type programs.  His most recent theory project examines which theories of crime can explain college student misuse of prescription stimulants and pain killers.  Dr. Maahs' work has been published in journals such as Crime and Delinquency and Justice Quarterly. He is also coauthor of Criminology: Theory, Research, and Policy (2015: Jones and Bartlett).  In his spare time, he enjoys almost any outdoor activity.  He is an avid bow hunter, fisherman, and camper.  With a childhood spent in Green Bay, he is also an unabashed Packer fan. Jeff has also coached about every sport that his two children play, though basketball is by far his favorite.