Taking a Leap into the World Through Study Abroad in Spain 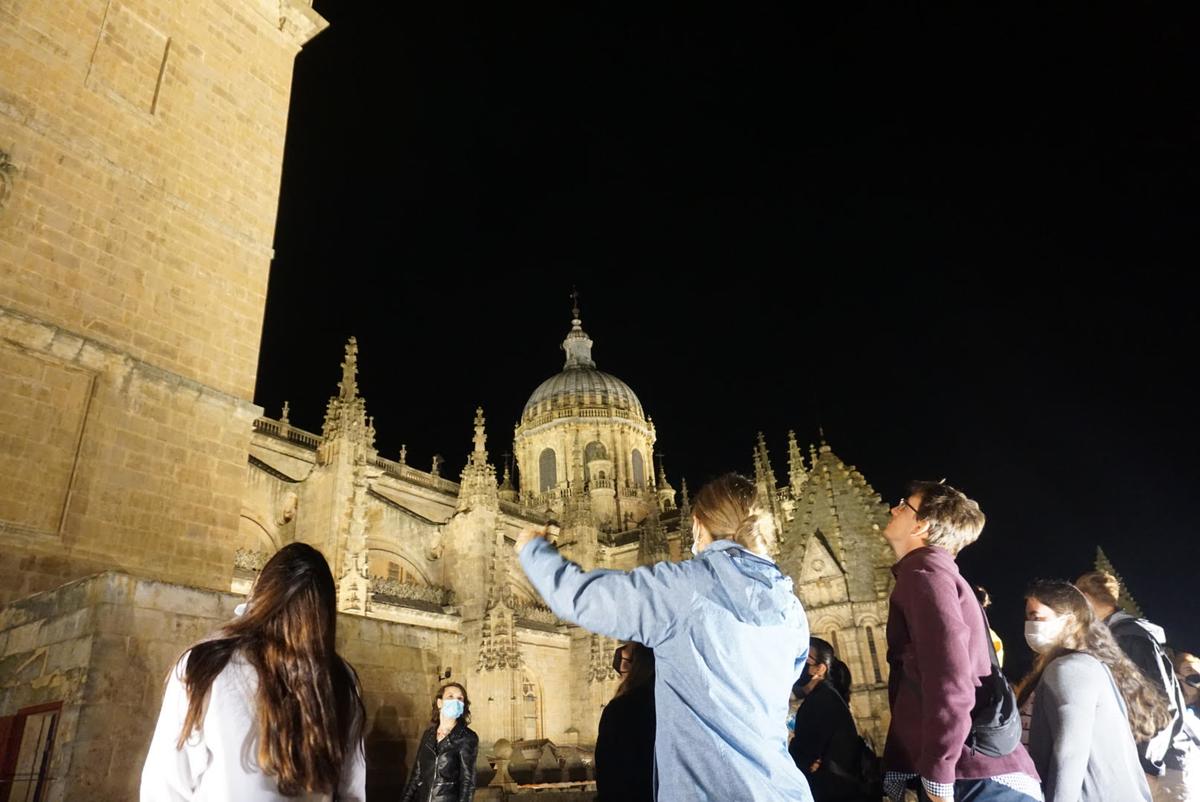 The Salamanca, Spain faculty-led program was back on for Summer 2022!

For too long, students who wanted a study abroad experience have been frustrated by the pandemic. Finally, after a two-year gap, a group of 19 students led by professors Maureen Tobin Stanley and Milagros Gómez took off on May 31, 2022, for a month in Salamanca, Spain. This popular faculty-led program has taken dozens of UMD students to Spain since it began more than a decade ago. Students in the 4-week, 6-credit program live with Spanish host families, take classes at the University of Salamanca—one of the oldest universities in Europe, and visit cultural sites in Salamanca, Toledo, Córdoba and Sevilla. Classes on topics such as architecture, history, culture, art, cinema, and language are taught by University of Salamanca faculty as well as the UMD faculty leaders. Especially popular are the cooking classes with Chef Roberto, where students get to prepare and, of course, eat traditional Spanish dishes.

Emily Robinette, who graduated from UMD this summer after returning from Salamanca, took some time to share her reflections on the experience with us. 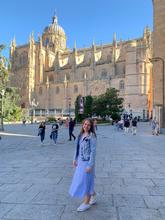 Why did you choose to study in Salamanca?

I chose this program because I wanted to strengthen my skills and knowledge of the Spanish language in a way that a regular class couldn't. I also liked the idea of a short-term faculty-led program given it was my first time out of the country.

What was one of the most significant learning moments or experiences on the trip?

I had a local man and his dog approach me and my friend Tessa while we were sitting in the park one afternoon. His dog took a liking to us, so the man stopped and talked to us for a minute. We got to talking about his dog and where we were from... all in Spanish. When we told him we were from the US he said "Ah, fuerte!" I couldn't believe that we had just had a conversation with a local. That conversation meant that we were fluent enough to speak with a stranger in their native tongue, and the fact that he was speaking back to us meant that he understood us. It felt great to be able to do that!

What did you most enjoy about Salamanca?

I really liked the organized structure of the program. We had class for four hours every day, and a daily activity with the whole UMD group between lunch and dinner. The activities included touring the cathedrals, museums, and other places around the city that we called home for the month. The weekend excursions were also so much fun, and a great way to see what else this beautiful country had to offer.

What was something difficult that you had to overcome? What strategies did you use to overcome any issues or obstacles that you encountered?

Something difficult I had to overcome was learning to trust myself. Spanish has been a passion of mine for a while, but I have always been nervous to actually use it. Salamanca forced me to use my Spanish, as not many people there speak English. Once I got my feet wet, speaking Spanish became natural, and I learned a ton about the local slang and accent. A Spanish-speaking friend even told me I have a great accent now. That made me feel good!

What did you learn about yourself abroad?

I learned that I need to trust my abilities. I need to trust my abilities not only with speaking Spanish, but with other things in life as well. Little things like navigating Salamanca on foot became easier when I trusted myself without my GPS. When I finally put my GPS away, I got better at navigating without it. I learned that making mistakes is not something to be afraid of, they are just opportunities to make you better.

What were three of your favorite meals, snacks, or drinks and why?

This is a tough one! My host mom made a mean "tortilla de patata". I had those quite often, and they're amazing. Another favorite of mine is "croquetas de jamón". They are small in size, great when going out for tapas. If I had to pick a drink I would say "tinto verano" was one of my favorites. This mixed wine drink was perfect with dinner on a hot day.

What advice would you give a classmate who is considering study abroad in Salamanca, Spain on this faculty-led program?

If I was giving advice, I would say take the leap. You won't regret it. I know money can be an issue sometimes, but an experience like this will be part of you for ever and ever. A small part of me hesitated when it came time to pay the down payment but deciding to go on this adventure was the best decision I ever made. The relationships I made with fellow students, staff, and of course my host mom (and host dog) will stay with me forever. Now I have a connection with Salamanca, and I will definitely be returning to this incredible city.

Students interested in studying in Salamanca in summer 2023 should talk to faculty leaders Milagros Gómez and Andrew Snustad or any Spanish professor and check out the information on the Study Abroad website. Applications will be due in February 2023.