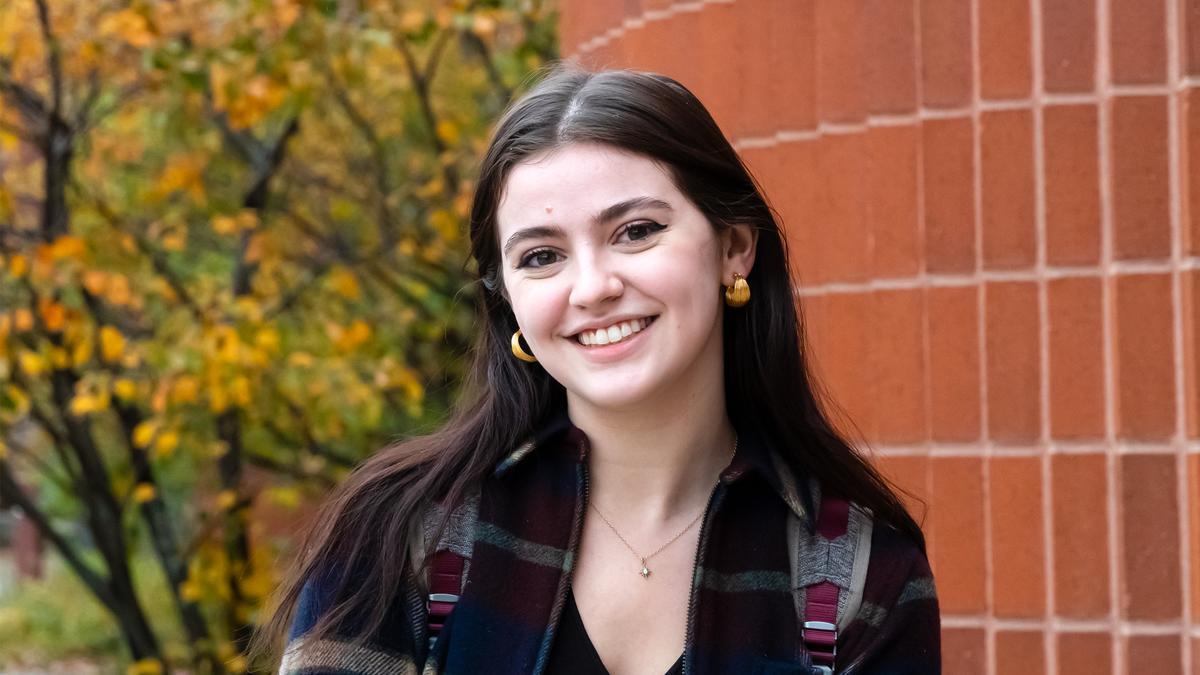 An internship with the US State Department provides a unique opportunity

Erin Cain entered her freshman year at UMD with a unique perspective; she had recently returned from a self-funded backpacking trip through Europe. Inspired by her favorite stop, Germany, Cain decided to take an introductory German class during her first semester. Through that class, Cain would discover a way to reconnect to the country that she had come to love.

Cain’s first day of German class didn't go quite how she had expected. “Dan Nolan, the professor, came in just rattling off German,” said Cain. “It was like a full immersion class; I was really just thrown into the water.”

Early on in the semester, Nolan announced that an internship advisor named Tom Hanson would be meeting with UMD students over a couple of days. Hanson is the UMD Alworth Institute Diplomat in Residence and Retired Foreign Service Officer for the U.S. State Department. Intrigued, Cain decided to talk to Nolan after class to learn more about this opportunity with Hanson. “I was told that if I’d like a career in international affairs, he's the man to talk to,” said Cain.

“Tom and I hit it off right away.”

In her first meeting with Hanson, Cain realized the true scope of this internship opportunity. Hanson explained that through the US State Department, students would serve in US embassies and consulates around the world. These interns take the place of actual diplomats and serve under the title of foreign service officer (FSO.)

Most students wait until their junior year to apply for the prestigious internship, but Cain wanted to get in early. With Hanson as her advisor, Cain began working towards an internship in Frankfurt, Germany.

Hanson was especially helpful. “I thought I was supposed to write a 2000 word personal statement,” said Cain, who had crafted a long, heartfelt essay, “but around 10 o'clock the night before it was due, I realized it was 2,000 characters, not 2,000 words.” Panicked, Cain emailed Hanson hoping he could be of some assistance. 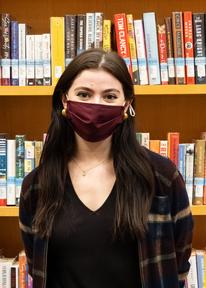 Much to her relief, Hanson was writing a book at the time and happened to be up late as well.

“I kept telling him, I am so sorry for keeping you up,” said Cain, “but he was totally fine with it. It was just so nice to have somebody be so willing to help me out.” After a night of reworking, Cain had her personal statement ready for submission.

In December 2020, Cain found out that she had gotten the internship. There was, however, a change. The internship would be virtual.

A New Kind of Diplomacy

By the summer following her sophomore year, Cain was officially serving as an intern for the US Consulate in Frankfurt, Germany. She worked closely with her mentor, Hamda Yusuf, who was relatively new to the consulate herself. Yusuf made Cain feel comfortable, ensuring she could ask questions and figure out what she was good at.

“I discovered I was quite good at condensing information,” Cain said. Her assignments often required her to summarize documents and reports. “I would spend a few days researching and combing through information and then I presented it as bullet points on one page.”

Cain had found her niche at the consulate and became a useful addition to the team. The time difference was sometimes difficult, though. She’d often work from 2 am to 8 am. Nevertheless, Cain found the meetings to be especially engaging.

“Meeting virtually gave me some really good insight, as the state department is becoming more and more virtual,” said Cain, “It was quite an interesting opportunity.”

Cain is now a junior at UMD, studying political science and philosophy with a minor in German studies. Hanson, who guided her throughout the application process, continues to serve as an advisor to Cain.

Cain’s time with the US State Department allowed her to discover her own interests within foreign policy. “I've been considering going to grad school, focusing on policy and violence against women,” said Cain, “I think the state department made me more interested in how problems are expressed globally.”

About the UMD Alworth Institute for International Studies: The Institute aims to engage students, staff and the wider public in open discussion, for educational, social and democratic purposes, of a wide range of international issues and of their domestic implications.

About the UMD Political Science Department

About the UMD Philosophy Department

About the UMD World Languages and Literatures Program

This story was written by UMD student Jack Wiedner, who is majoring in journalism and political science. Jack works with Cheryl Reitan in University Marketing and Public Relations.