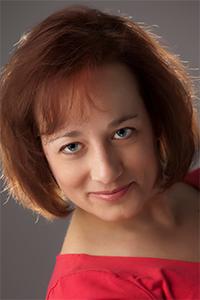 Register HERE for a Complimentary Lesson

Ms. Inselman’s opera roles include Hanna in The Merry Widow, Tatiana in A Midsummer Night’s Dream, Micaela in Carmen, Adele in Die Fledermaus, Laetitia in The Old Maid and the Thief, Olympia in Les Contes d’Hoffmann, Marzelline in Fidelio, Despina in Così fan tutte, Susanna in The Marriage of Figaro, Gretel in Hansel and Gretel, Nella in Gianni Schicchi, and Miss Silverpeal in The Impresario.

Rachel has been a guest master clinician at numerous performing arts high schools, colleges, universities and conservatories both nationwide and abroad, and was a voice teacher for four summers at the Sieur Duluth Summer Opera Festival. As an accomplished pianist, she has played for several musical theatre productions and was invited in 2010 to Istanbul, Turkey to teach the art of accompanying musical theatre in a weeklong workshop.

Ms. Inselman was named a winner at the 1996 Metropolitan Opera District Auditions for the fourth consecutive year, was a third place finalist at the Met Regional Auditions in 1995 and 1996, and was awarded first prize in the 1996 Schubert Club Scholarship Competition. Rachel completed her Artist Diploma Degree at the Cleveland Institute of Music, where she also received her Master’s Degree, and she earned a Bachelor’s Degree from Oberlin College.

In 2010 and 2011, Rachel and her mother, Elsie extensively coached with American Art Song composer Richard Hundley to prepare a comprehensive recital of his works that they took abroad to the Tatui Conservatory in Brazil in April 2013 and the International Congress of Voice Teachers in Brisbane Australia in July 2013. She returned to the 2017 ICVT conference in Stockholm, Sweden to present on a panel about teaching transgender singers.

In 2017-2018, Ms. Inselman traveled to Lyon, France for two recitals between the Lyon Conservatory and UMD voice students, where Rachel accompanied the performances. She also performed her Great American Songbook recital in Canada, and she was a presenter on a panel of experts of “Teaching Outside the Gender Binary: Working with Transgender or Non-Binary Singers” at the National Association of Teachers of Singing conference in Las Vegas, Nevada. In 2019, she was a Co Presenter of Welcoming Transgender and Non-Binary Singers into the Voice Studio and Choral Rehearsal at the National College Music Society (CMS) conference in Louisville, Kentucky.

Professor Inselman's current and former students have placed in vocal competitions such as NATS, Classical Singer, Hal Leonard, Schubert Club, Thursday Musicale, MET Auditions, have gone to prestigious universities for the master degrees, and have sung with opera companies such as the MET and Washington National Opera.

Register HERE for a FREE Lesson