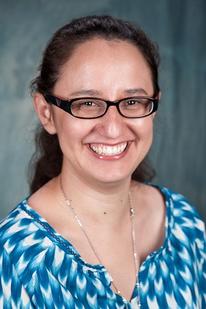 Milagros came to UMD in 2010 to teach courses in Hispanic Studies, particularly Spanish language and Latin American cultures and literatures. Her doctoral research focused on the representation of the female body in the works of women Mexican writers. She continues to pursue her interest in contemporary Latin American literature including detective novels and women writers. Milagros also is one of the co-leaders of the Short Term Study Abroad Program in Salamanca, Spain during the month of June.