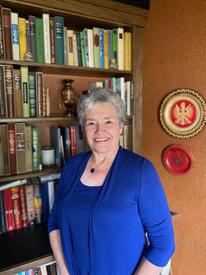 A native Duluthian, Cris earned undergraduate degrees in English and in Interdisciplinary Studies as well as an MA in English at UMD.  She was also active in the music department as a member of University Singers.  She taught for three years as an adjunct instructor at UMD before going on to earn a Ph.D. in American Studies from the University of Minnesota—Minneapolis.

Cris spent her professional career as a faculty member at Emory University in Atlanta, jointly appointed in the English Department and the American Studies program.  She also held numerous administrative positions at Emory, including Chair of the English Department and the Director of the Graduate Institute of Liberal Arts.  When she concluded her career, she was the dean of faculty in Emory College of Arts and Sciences.

After retiring from Emory, Cris returned to Duluth and now lives in the house where she was raised.