Class in the Tweed Museum of Art 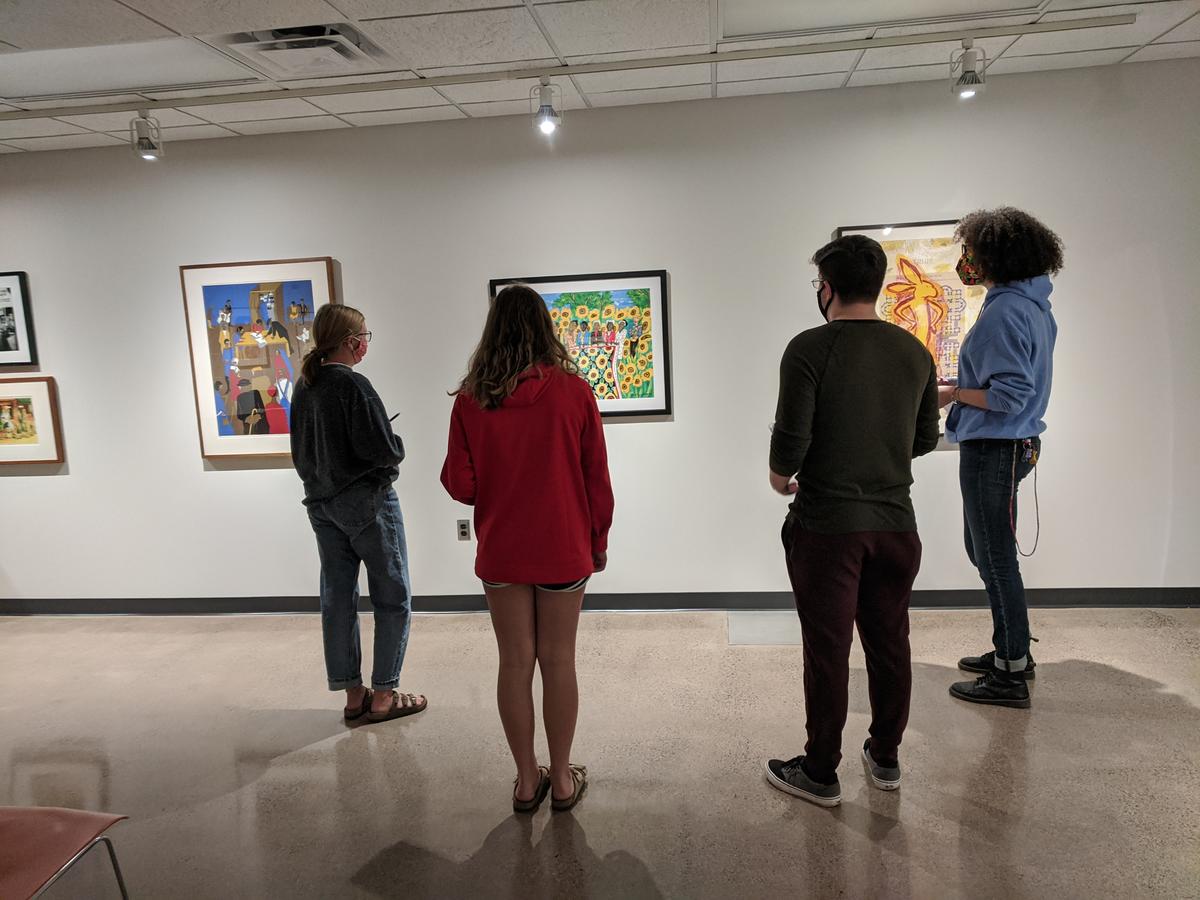 Students in the U.S. Art and Visual Culture in the 20th Century enthused to experience Tweed.

Although needing to close their doors due to Covid-19, the Tweed Museum of Art is back, better than ever, and being utilized by eager college students. Following its reopening on September 30th, art has been enjoyed by many, including classes such as ARTH 2390: U.S. Art and Visual Culture in the 20th Century. Each student, working within a socially distanced group, took their time as they admired hand picked pieces of art, in order to create a video, which interprets and analyzes their chosen artwork. Students will be working on and completing this project within the next two weeks as they continue to utilize and appreciate the differing artworks the Tweed Museum of Art has to offer.

Starting the week of November 2 through November 25, 2020, the Tweed Museum of Art is reducing its hours and is open to UMD constituents (students, faculty, staff) only two days per week (Tuesdays/Wednesdays from 10 am until 3 pm) instead of three days.
On November 26th, the Tweed will close again since all in-person instruction will end by Thanksgiving and the Tweed plans to reopen in spring 2021.

Photo caption: Students in ARTH 2390: U.S. Art and Visual Culture in the 20th Century, work together as they analyze a chosen artwork, located in the Tweed Museum of Art.