Tobin Stanley to Speak on "The Aesthetics of Remembrance" 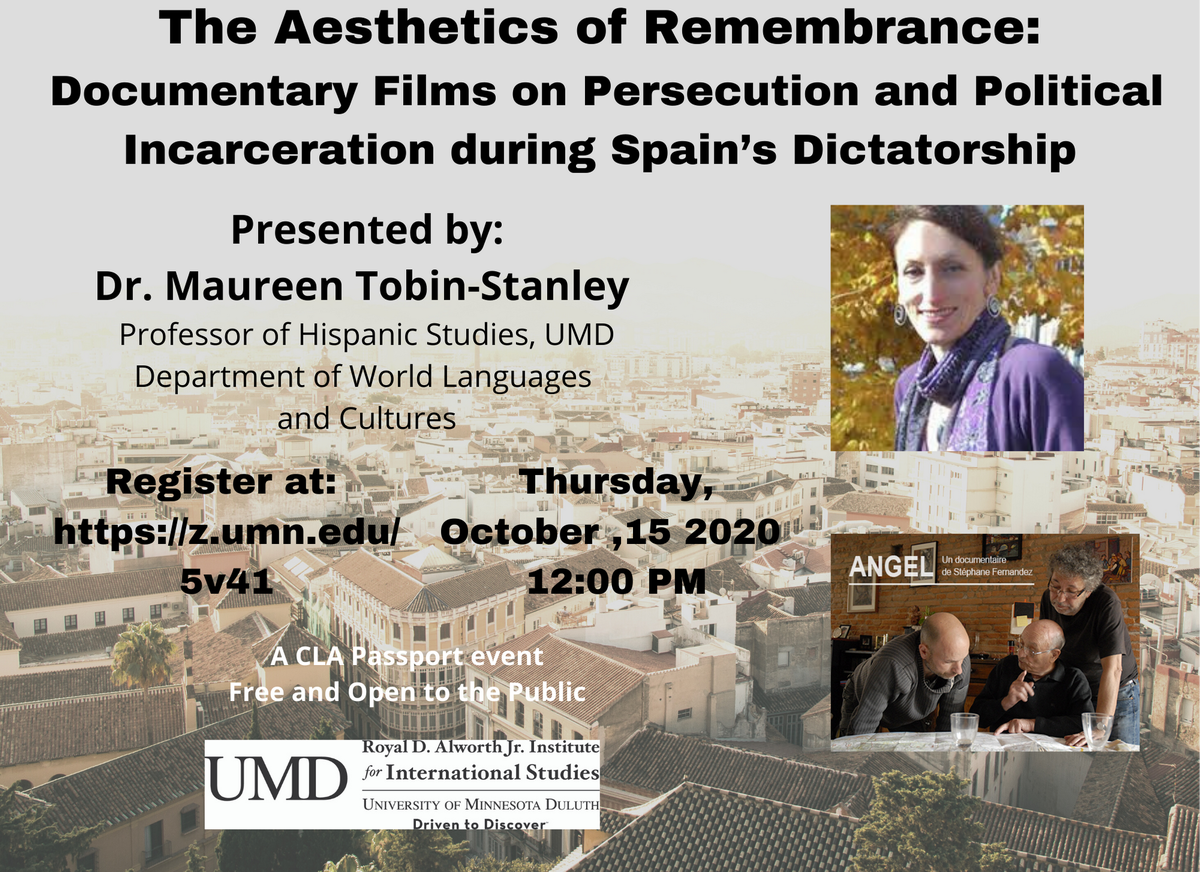 On Thursday, October 15, at 12:00 noon, Dr. Maureen Tobin Stanley, Professor of Hispanic Studies in the Department of World Languages and Cultures, will present The Aesthetics of Remembrance: Documentary Films on Persecution and Political Incarceration during Spain's Dictatorship. This talk will be given as part of the Alworth Brown Bag series and it is free and open to the public.

Return to WLC News and Events