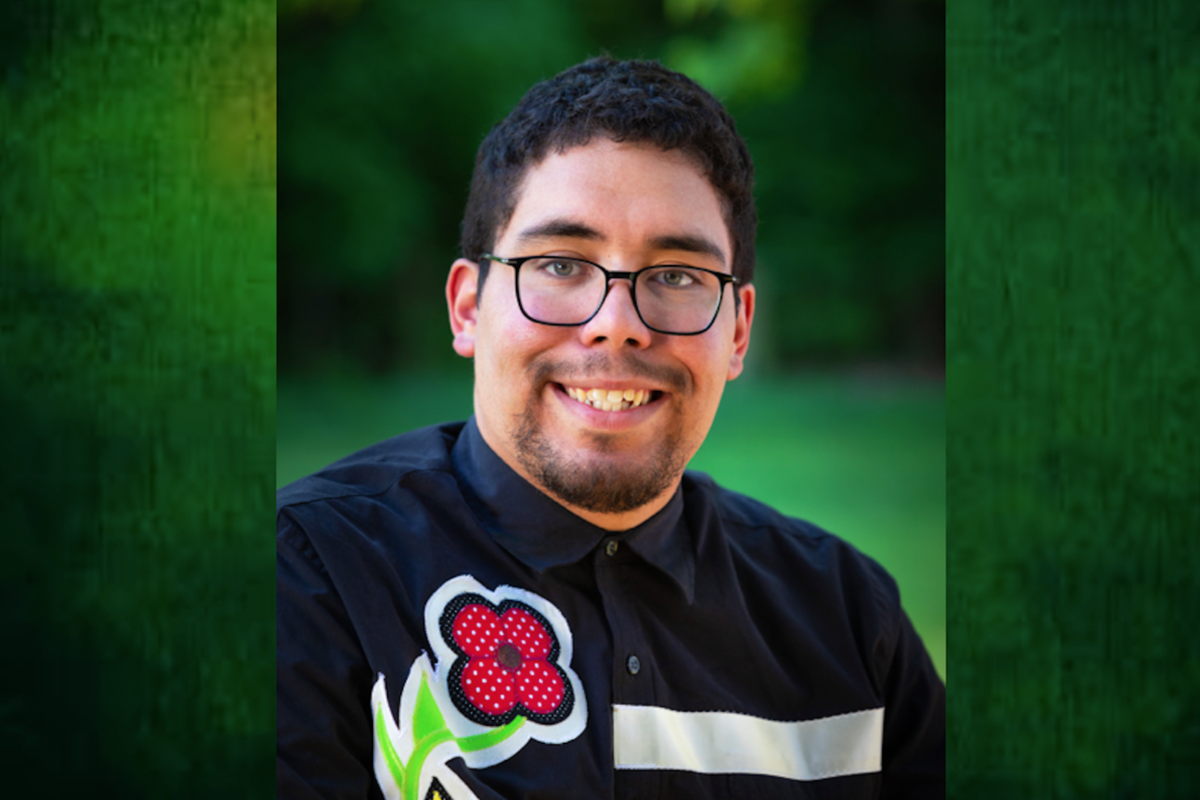 Deondre Smiles isn't afraid to take on massive and important projects. When he worked on his master’s degree at UMD and his Ph.D. at Ohio State University (OSU) his research centered on Indigenous remains and burial grounds, especially in relation to the actions of settlers and non-Indigenous people. His research for his Ph.D. brought him to visit several tribes, including ones in Minnesota.

His fieldwork often included driving a car while conducting an interview. “I love talking when I drive,” he said. “I’d literally ask a participant to get in the car with me and we drive around the reservation.”

“The participant and I could chat and they pointed out the things that they saw. The conversation could just ebb and flow,” he says. Many participants called attention to a change in land use and the necessary historical land surveys that followed.

One excursion was especially memorable. The participant had Smiles stop the car. They said, “Hey, look at this plant, up on the ditch on the side of the road. We want to make sure that we can protect that plant and help it grow. It’s medicine.” Another time a lynx ran across the road. The person in the car with Smiles said, “I haven't seen one of those in a long time.”

“Other stories came up when the person I was with pointed out places that are very culturally sensitive.” Smiles says. “Some of the most impactful stories that I heard were told in the car.” Smiles would turn off his recorder… “and they would tell me things. There would be an agreement between us that certain incidents don't get shared because we want to protect that knowledge.”

After school and work at St. Cloud State, UMD, and OSU, Smiles landed a spot as an assistant professor of geography at the University of Victoria, in Victoria, British Columbia, Canada. He teaches geography classes and works with graduate students. His research continues in the same direction, tribal nations and burial grounds/site protection and preservation, but the connections to other parts of the scientific community are numerous and often surprising.

He wrote an essay for Society and Space Magazine that discusses how space exploration draws from colonialism. He looks toward a challenge to the American settler myth that provides a new way of looking at astronomy.

Smiles can trace his fascination for geography back to childhood. He says, “I loved geography when I was a child and my mom supported my choices.” His mom took him to bookstores. “Nearly every time I walked into a bookstore, I walked out with a map or an atlas,” he says. “I liked learning about new places and imagining myself going there, whether it was in Minnesota, the United States, or even the world.”

As a teen, his preoccupation with geography once got him into trouble. “I wrote a research paper for a class and the teacher thought I had plagiarized it,” he says. He talked his way out of a trip to the principal's office by explaining the citations and showing that he understood the material.

Geography kept Smiles grounded through school. “When I went to college, there was no question that I was going to major in geography. After his undergraduate work at St. Cloud State, his next stop was UMD. Right from the beginning, it was a good fit.

He discovered the Master of Liberal Studies (MLS) at UMD while surfing the internet. “I shot David Beard an email at like eight or nine o'clock at night,” he says. Beard, the MLS director, answered immediately. “The next thing I knew, I was driving up to Duluth,” Smiles says.

The 2013 visit started with a session in David Beard’s office. “And then David showed me around. I felt like I was actually being welcomed and encouraged to come. David took me to meet Joseph Bauerkemper (in American Indian Studies) and Adam Pine (in Geography/Urban Studies)."

The following fall, Smiles was in class in Duluth. Over the two years, he played in the marching band and worked in the dining center, in addition to conducting his research and taking his classes.

Smiles had dozens of adventures after UMD. His life at Ohio State included a year as a President’s Postdoctoral Scholar in the Department of History.

UMD is proud to call him an alumnus. Faculty and staff follow his trajectory and wait to find out what adventure he has around the corner.