New Book on Gardens of Versailles 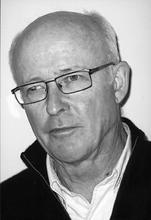 The book explores the history of Latona’s Fountain in the Garden of Versailles. Hedin explains, "The Fountain of Latona was a double declaration: a glorification of the king and a proud manifesto by artists."

Hedin began teaching at UMD in 1973 and retired in 2006. Since then he’s held two fellowships at Harvard University and published several articles in French journals. Hedin also co-authored Diplomatic Tours in the Gardens of Versailles Under Louis XIV (2008) on the subject of art during the reign of Louis XIV.