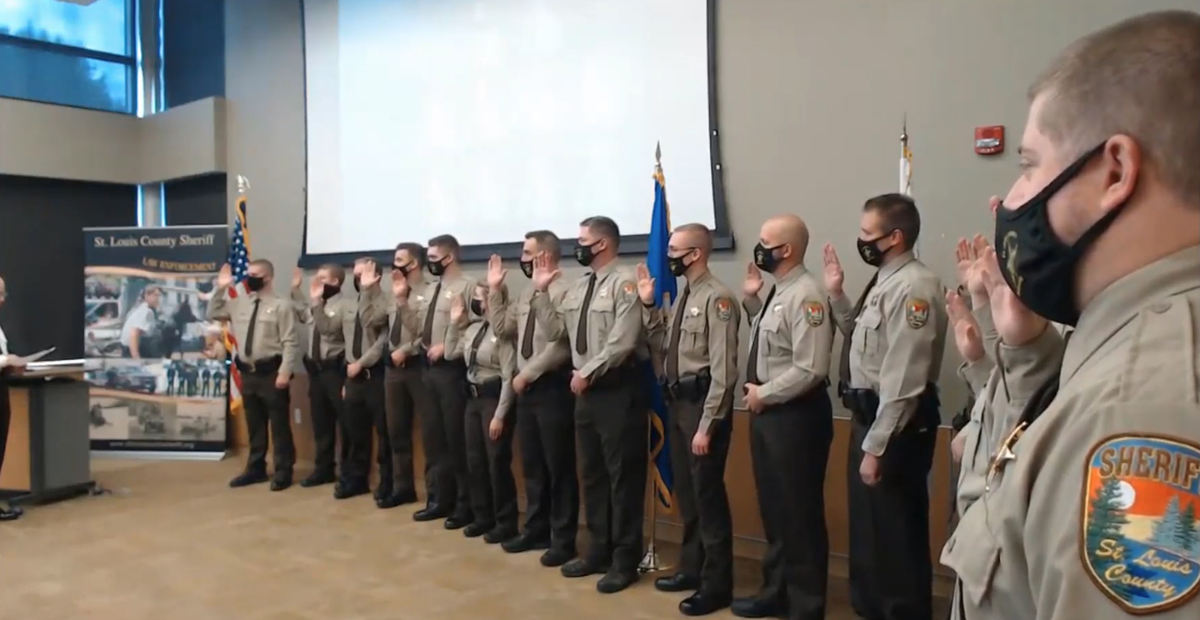 Applying passion and education to the real world

On November 3, 2021, UMD College of Arts, Humanities, and Social Sciences alumnus Boyd Billman, was sworn in at the first in-person St. Louis County Deputy Sheriff ceremony since July 2019, after all other events had been postponed due to the COVID-19 pandemic.

During the Swearing-In and Recognition Event, St. Louis County Sheriff Ross Litman introduced Boyd. While introducing Boyd, he remarked that during the deputy sheriff interviews he always poses a challenging question to candidates, and noted that Boyd answered the question better than he could have himself!

Boyd Billman grew up with his family in Twig, Minnesota, just north of Duluth. Boyd graduated from Proctor High School as valedictorian. He continued his education as a first-generation college student, studying Criminology and Sociology, at the  University of Minnesota Duluth where he obtained a Bachelor of Arts degree in both majors in 2020. After UMD, Boyd attended Fond du Lac Tribal and Community College, where he received his Law Enforcement Skills Diploma in 2021.

Throughout college, Boyd worked for the Duluth Police Department as a Park Ranger and later a Community Service Officer. He has also worked for Essentia Health as an EMS Dispatcher. Most recently, working as a Bailiff for the St. Louis County Sheriff's Office prior to his new position as Deputy Sheriff. 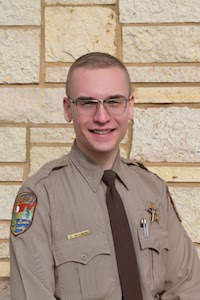 Boyd has had a long-time passion for serving his community, and has been a volunteer firefighter and EMT for the Grand Lake Township Fire Department for over three years. He continued to serve as a volunteer first responder even while attending classes at UMD.

Outside of work and school, Boyd enjoys traveling and camping with his family, hunting with his dad, as well as fishing and hiking with friends.

Q: What led you to choose this field and select UMD for your BA work in both Criminology & Sociology?

After researching post-secondary schools, I found UMD to be a great option for me because of the close relationship between the University and Fond du Lac Tribal and Community College, which teaches the required law enforcement skills training. Several courses at both institutions were interchangeable or applied to both programs. Additionally, being able to get a college degree close to home, and my family, was important to me as well.

Regarding my major choice, I initially entered UMD with the intention of majoring in Criminology and a minor in French. After only a few semesters, I found a strong interest in Sociology as well. Criminology was my main choice, for obvious reasons, but Sociology became an apparent choice for a second major due to its similarities to Criminology as well as the applicability to the law enforcement world. Beyond that, within my Sociology course load, I took several courses that helped me to become a more well-rounded student and person through exploring topics of social stratification and social movements, for example.

Like many other jobs, this career field is in desperate need for quality candidates. I encourage anyone interested in this field to check with their local law enforcement regarding ride along or other community opportunities.

In a recent communication from Boyd to his former UMD professors he shared, “Thank you to everyone for being a part of my educational journey. Many of you played a part, some more significant than others, but still all a part in shaping my future. Whether it was a Criminology or Sociology course, my entire experience at UMD helped me broaden my perspective on the world and better help me understand the human condition.” He went on to say, “I have already been able to apply my education to the real world! Through the education I received from UMD, I have now been able to better empathize and work to understand more about those who are different from me or share ideologies that vary from my own.”