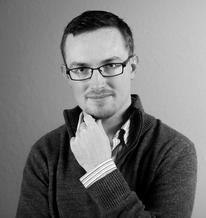 Sean Phelan is the Assistant Director of Bands and the Director of Athletic Bands at the University of Minnesota Duluth, where he will teach courses for music undergraduates and oversee the Bulldog Marching Band and Pep Bands. A native of Waukesha, Wisconsin, Sean holds a master's degree in conducting from the Indiana University Jacobs School of Music as well as a bachelor's in music education and mathematics from the University of Wisconsin-Madison.

Most recently, he taught at Hendrickson High School in Pflugerville, TX, where he led the Hawk Band to appearances in the finals of the Bands of America San Antonio Super Regional Championship and in the Texas UIL State Marching Contest. Previously, he was Director of Orchestras and Associate Director of Bands at Oconomowoc High School in Wisconsin. While in Oconomowoc, Sean was also principal bassist and then Music Director of the Lake Country Orchestra. He is currently Brass Caption Head of the Pacific Crest Drum and Bugle Corps, and has also served the Madison Scouts Drum and Bugle Corps as a brass faculty member from 2013-2018. In addition, Sean has been an adjudicator for WSMA marching band contests and has designed and consulted with marching programs across the Midwest.