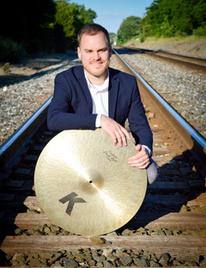 Henry Eichman’s experience as a percussionist is intentionally and dynamically versatile. Centered around a “total percussionist” philosophy toward the vast world of percussion, Henry’s strengths lie within solo, chamber, and orchestral music, but he has also performed in big bands, salsa bands, jazz combos, musical theatre productions, and in countless other musical situations throughout his career. Henry is currently a percussionist with the Duluth Superior Symphony Orchestra and has performed with organizations such as the Lyric Opera of the North, the Minnesota Ballet, the Northern Lights Music Festival, and several regional symphony orchestras and ensembles throughout the Philadelphia and central Michigan areas. He has had the privilege of sharing concerts internationally at the Universidad Nacional de Costa Rica; at conservatories in Strasbourg and Lyon, France; and at the Royal College of Music in London. In 2017, he placed second in the Modern Snare Drum Competition, and had the honor of taking the stage with the All-Star International Percussion Ensemble at the Percussive Arts Society International Convention in 2016. In a less traditional manner, Henry was featured as a member of Hersheypark’s energetic “streetmosphere” ensembles The Chocolate Covered Band and The Cocoa Rhythm Factory, and also regularly performed around the east coast with the found-sound percussion group, JUNK ROCK.

Register for a free lesson Here