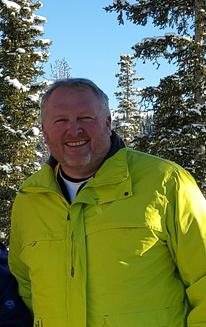 Len has served as the Chief Executive Officer of the Southwest Transit Commission since 1997. As CEO he oversees the management of all aspects of the agency including operations, planning, marketing, financial management, human resources, contract negotiations, legislative outreach, and real estate development.

Under Len’s leadership, Southwest Transit has been honored as the National Transit System of the Year by the American Public Transportation Association, as a two time recipient of the Minnesota Transit System of the Year, and the only transit agency ever honored in Minnesota as a recipient of the National Environmental Excellence Award and the Department of Homeland Security’s Partnership Award.

Len is an accredited Planner certified by the American Planning Association and holds a certificate in Real Estate Development form the Urban Land Institute.  In addition to his Bachelor’s Degree from the University of Minnesota Duluth, Len also holds a Masters of Business Administration Degree from Metropolitan State University.

Len has received numerous awards for his achievements including being selected as the Minnesota Transit Professional of the year, and one of the top ‘40 under 40’ business leaders in the Twin Cities by the Minneapolis – St. Paul Magazine.