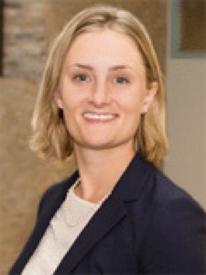 Today, Kristin practices law with the international law firm, Jones Day. She is a trial attorney with both a civil and criminal practice and also handles government and internal investigations. Her clients range from individuals accused of wrongdoing to the largest of public companies. Kristin maintains an active pro bono practice, representing individuals who qualify for the services of the public defender in federal court. She also serves on the Board of Directors of CycleHealth (a division of the YMCA of the Greater Twin Cities); chairs the Outreach function at Hennepin Avenue United Methodist Church in downtown Minneapolis; and teaches yoga.

Kristin lives in Minneapolis with her fiancé, James Narr, and their small zoo (two cats and a dog). Kristin and James enjoy being active and being outdoors—preferably at the same time—and sampling all of the best bars and restaurants in the Twin Cities.