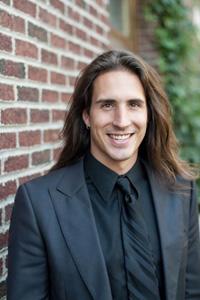 Derek is a former graduate of UMD and currently works in the music department as the instructor of low brass and teaches sight-singing/ear-training. In 2016, he also became the instructor of low brass at the University of Wisconsin-Superior. Derek attended Indiana University after leaving Duluth and obtained his Masters degree in trombone performance, under the instruction of Peter Ellefson. He then continued his studies at the University of Minnesota-Twin Cities where he received a DMA in bass trombone performance with Tom Ashworth. Derek is an active soloist and clinician in the area, having soloed with the UWS wind ensemble and twice with the UMD Wind Ensemble. He has also soloed with the Lake Superior Chamber Orchestra. In February 2018 Derek presented a clinic for the Minnesota Music Educators Association on the teaching of beginning and intermediate low brass. He is active with MMEA, and has coached all-state band every year since 2012. Along with his teaching responsibilities at the University, he serves as the bass trombonist in Randy Lee's Big Time Jazz Orchestra. He regularly performs with the DSSO on tenor and bass trombone. Over the period of four years, he traveled and recorded as the solo trombonist for Lorie Line. During the 2018-2019 year he will be performing Johan DeMeij's trombone concerto with the UMD Wind Ensemble and will be giving a recital on bass and contrabass trombone. His contrabass trombone is one of the only instruments of its kind in Minnesota and the Midwest.

Outside of low brass, Derek embraces many other forms of musical expression. He travels and performs as a member of the internationally acclaimed handbell ensemble Strikepoint. He sings bass in the Twin Ports Choral Project. And he can be seen often on the stage of local theaters performing in musicals. The most recent being Mamma Mia and Sweet Charity.

When not working in music, Derek spends his free time with family and friends. He loves cooking, reading, gardening, and almost any outdoor activity