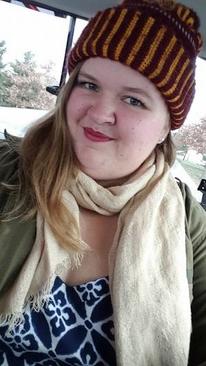 Though this is my sophomore year at UMD and I participated in marching band as a freshman, this was my first year in the pep band! Speaking as someone who has been working toward a science major band is my much-needed break from my other studies. And because such wonderful people are in the band, I have made a lot of friends, but let’s face it, we’re more like a family. Pep band may prove to be challenging at times, whether it’s hard for you to schedule work around it or perfecting all that music, it is most certainly worth it! Go Dogs!

I joined pep band my freshman year. I came to college with the idea that I might join pep band, but

during registration I decided not to sign up because I thought it would be too much of a time commitment. My friends from marching band convinced me to attend the first rehearsal of pep band, just to see if I liked it. I’m SO happy that they convinced me to go to that first rehearsal. I had met many of my friends through marching band, but being in pep band with them is what really brought us closer together. Pep band made us a family, and the friends I have made will last a lifetime. Plus the time commitment ended up being less strenuous than I though. Besides the occasional busy weekend, most of the games were spread out, which made it easy to maintain my social life and my academics. I also found great satisfaction in the fact that I was supporting my school, while doing something I loved. Pep band offered an anticipated relief to my academic schedule, and allowed me to continue my love of band. Overall pep band was very gratifying, and I plan on continuing throughout the years I’m at UMD. 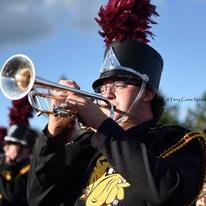 Being a STEM major, AND in marching band as well, pep band was tough decision for me. Marching Band took up most of my free time, and I had to somehow balance my classes and homework on top that, but NOTHING IS IMPOSSIBLE! Even with the double header basketball games, and the 100+ songs I had to learn, it was a still a chance to relax, hang with friends, and watch our teams play. I had an amazing time with the band, basically a second family to me and I look forward to joining again next year, and I hope that everyone, incoming freshman or next year senior, does the same! 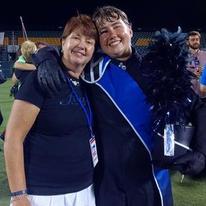 I joined the pep band last year, my first year here after going to a different school with no athletic bands to speak of. Pep band was one of the many music related activities I really enjoyed in high school, and I was glad to be able to continue it so many years later! Its a thrill to be able to cheer on your team and play some fun music along the way. Even with a job and classes to take, it is very possible to do pep band. Plus, after a long day of class, getting together with your band friends and playing music is fantastic stress relief! Joining pep band was a decision that I will always be happy I made!